Observations and Musings as a Guest of “Hotel” Veteran’s Hospital

August 17, 2011
If you follow me on Twitter or Face Book,you already know I was admitted as an inpatient to the Veteran’s Hospital near me. It’s where I get my prescriptions filled, tests done and meet with 1/2 of my treatment team. 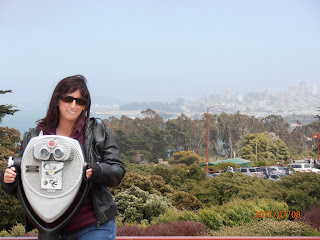 My treatment team consists of an internist, rheumatologist and podiatrist here at the VA. The leaders of my treatment team are a rheumatologist that specializes in Scleroderma and a pulmonologist, both at UCLA medical Center who oversee my treatment and to whom I take my most acute and baffling symptoms. How do I have such a well rounded group? I could say I am one of the lucky ones, which I know I am, but I fought tooth and nail to get here. I blog about my experiences of the last 20 years of symptoms because I believe we all should be as lucky as I am when it comes to healthcare.

I am a 100% Service Connected Veteran. What does that mean? The short answer is I developed symptoms of a condition as a result of my service in the military. After that, there is no short answer.

My VA benefits are based on my health condition, not rank or time in service. The symptoms of Scleroderma were documented while on active duty. Thanks to food poisoning from a Long John Silver’s take out meal, a physician at North Island Naval Air Station in San Diego observed my hands turning blue. After months of reporting my blue hands in 1993, I was no longer considered a sick bay commando, crazy or an hysterical female. It was noted in my records, tests were done at Balboa Naval Hospital with all results coming back negative. I was told to stop taking birth control pills and cut down on my caffeine intake. (At the time I did not drink coffee). Twenty years later, I still have yet to find any correlation between birth control and Raynaud’s, but that’s a whole other post. After my four year hitch, I moved to La Crosse, Wisconsin. The nearest VA Hospital was in Madison, 3 hours away. In October of 1994 I was diagnosed with Scleroderma based on my blood tests and one good look at my nail beds. After submitting my paperwork three times with guidance from a Veteran’s Service Officer and a letter to my Wisconsin Representative, I was finally given a 100% Service Connected rating. It means I am never turned away at any VA. All medical conditions the VA does not treat directly such as pregnancy, are paid for by the VA to the doctor and hospital of my choice. Because of the VA, my son and I are still alive because I was able choose to go to the best hospital when HELLP Syndrome struck in my third trimester (which is also another post).

I am able to see the doctors at UCLA because I am have Medicare and Social Security which I began paying into when I was 15. In 2005, my rheumatologist here at the VA had run out of treatment ideas. My disease was starting to progress quickly and he referred me to a colleague at UCLA. In 2007, after years of shortness of breath being written off as just another symptom of Scleroderma, I paid a visit to UCLA ER after receiving a radiology report that recommended, “Check for Lymphoma” My pulmonolgist immediately ordered a PET scan, which tested positive in my thoracic lymph nodes. They were enlarged, which explained the difficulty breathing. A biopsy was done and behold, my Sarcoidosis diagnosis. I was immediatly given Remicade. Had I been diagnosed at the VA, I would have been forced to go the formulary route. That involved trying and the failure of three other medications before I would be given the Remicade. It turned out Remicade keeps both my Scleroderma and Sarcoidosis from getting worse and after years of trial and error, I have a good prognosis and treatment plan that is working.

For those of you applying for service connected ratings, it is not an easy path. No one should have to fight for medical care- ex-military or not. Unfortunately, it’s a journey we must take. For those of you fighting; don’t give up. You must be your own advocate because you are the best person for the job. Submit and resubmit requests for disability ratings. In a profit driven healthcare stem, getting the proper care has become a war with many battles. Veteran’s healthcare is socialized healthcare. It works. Unfortunately,profit driven companies are gaining from the sufferings of human beings. To them, it’s not about what’s best for the patient. It’s about how to move product. I say companies because medical practitioners and staff should make a more than fair wage. These people put in mind bending hours of study and work that is always evolving, hence the term, “Medical Practice”. Companies that pay dividends to shareholders- success is measured by their bottom line, not the success of treatment. That too is also a whole other post.

Tonight, I am writing from my hospital bed at the VA and the point of this post was originally to talk about the bond between Veterans. I feel an explanation of how I am able to get such great care is important. Not just for this post, but for anyone trying to get medical coverage through the VA or any other means. This has become a more detailed post than anticipated. I have many observations and I look forward to sharing with you during my stay and after I return home.